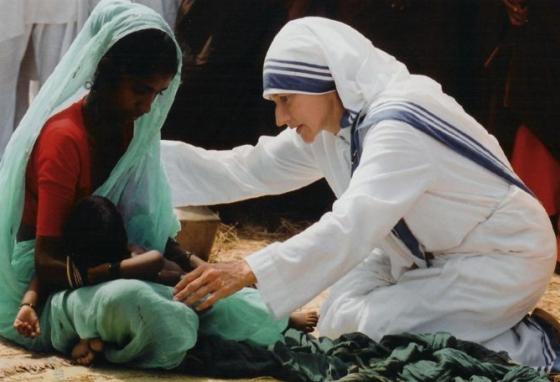 We fondly utter those lines when we sing along to John Lennon’s hit song, Imagine. In those lines, the songwriter Lennon fantasizes a world where there are no nations or religions – a scenario where the entire world would live in peace.

John Lennon was highly critical of organized religion. He was suspected to be an atheist in his later years and was vocal in his argument that if we could only get rid of religion, particularly his parents’ faith of Christianity, the world would be much better.

Lennon isn’t alone in this assumption. Those in the anti-religion movement strongly posit that religion is the root of all suffering in the world. They say that Christianity is already outdated, and the world does not need it anymore. Instead we have science and modern philosophy to take its’ place.

It’s not hard to understand why anyone would think that; over the centuries Christianity has caused wars, and its’ hierarchy has been behind child abuse scandals and embarrassing corruption allegations. To add to that, the Church continues to be aggressive in its’ stance on social issues particularly abortion and same-sex marriage which are popular among the majority of the population.

Yet I argue the opposite. Not only is Christianity still relevant today, in fact now the world needs Christians more than it ever has.

However, we need to clarify the facts. The Christians the world needs is not the belligerent ones that started the Crusades, nor the fundamentalists who shun those who are divorced, those in the LGBT community or those belonging to other religions.

We can do without those kind of Christians.

Instead, I argue that the world needs the kind-hearted, charitable Christians. The Christians who live by Jesus’ example of pacifism, tolerance and love for all.

Let’s look at the facts. The World Health Organization states that in the last fifty years, the rate of suicide has increased over 60%. Today, suicide is now the third leading cause of deaths in the 15-44 years old age demographic. It is estimated that a suicide occurs every 40 seconds in the world.

Furthermore, the WHO claims that depression, desperation and traumatic experiences are the three biggest causes of suicides.

You can just imagine how a person who had just lost a loved one, or who is down to his last few hundred dollars and on the verge of being evicted by his landlord could use some Christian love. Christians are known to build strong communities, adapting a marine-like creed of leaving no member behind.

If we can impart that love on someone on the brink of taking their own lives, it’s safe to presume that Christians could stem the high level of suicides in the world.

One of the most prolific community service spearheaded by the Christian community is to provide shelter for the homeless. Statistics show that the incidence of homelessness is increasing in all major cities worldwide – an example of which is New York City where they saw a 13% rise in the number of homeless from 2012-13 alone.

If Christianity would disappear today, it would only make the homeless problem worse. Now more than ever, I argue, the world needs more Christian charity groups to facilitate homeless shelters to protect those without a home from harsh winters and diseases.

Soup kitchens are also a popular charity organized by churches, the Food and Agriculture Organization of the United Stations reported in 2011 that an estimated 842 million people are experiencing chronic hunger and are not getting enough nourishment to carry on a healthy life.

Tell me, does this sound like a time when the world can shrug off Christianity and with that lose all those soup kitchens? No, absolutely not. In fact I argue that we need the Christian soup kitchens to expand and cater to more hungry people all over the world.

Efforts are being made, fortunately, by Christian organizations such as the Children’s Hunger Fund, Missionaries of the Poor and the World Vision International to provide such soup kitchens and feeding programs to those who need them the most. But work could be done more efficiently and more prolifically if they focus their resources on feeding programs rather than pointless social issues.

An example of which is when World Vision reversed a decision to hire Christians who are openly gay to help in their charity work. As a result, a number of significant donors cut aid to World Vision for this cringe-worthy decision.

The organization justified their decision by saying it had to be consistent with its’ “core values”, in turn they lost valuable resources that could have been used to serve a greater number of people.

If Jesus Christ is the example which World Vision truly aims to follow, would our Savior really have chosen to help less people in exchange of shunning those who identify with the LGBT? I strongly think not.

Another blunder that should have been avoided is the case of Colleen Simon in the United States. Colleen is openly gay and as a result was fired from St. Francis Xavier Catholic Church’s charity arm.

The group lost manpower just because of the person’s sexual orientation. Is this really a necessary thing to do?

Ironically, the church shares the name of the current Pope – who condemned the church’s obsession on these social issues. Frankly, the hierarchy of this Catholic church did not get their superior’s message.

Christians need to understand what the real message of Christianity really is: to love and serve those who are least fortunate among us. As Jesus articulated this point when He said: “Whatever you do for the least of my brothers, you do unto me.”

Leading by example is the Christian organization Habitat for Humanity, who have laid out an anti-discriminatory policy preventing their housing projects from excluding anyone regardless of their religion or sexual orientation. There is also the Samaritan’s Purse, which fund-raises for disaster relief programs in nations where Christians are only a minority – such as during the 2004 tsunami that hit Indonesia and the monsoons that hit Pakistan.

There is also the Josephite Community Aid in Australia, which helps migrants settle into the community; regardless of what their religion or beliefs may be. Then there is the Youth Off the Streets organization, which takes in trouble youth who are homeless and are drug-dependent – the very same youth whose parents and society have given up on.

These programs are what Christians need to capitalize and to focus on. These kind of charity is what the world needs today more than ever. The number of needy people is only going up, won’t it make the most sense that the number of charity work increase too?

Instead, what we’re seeing is the millions spent on lobbying against same-sex marriage legislation. Human Rights Campaign reported that over $2M was spent by Catholic lobby groups; the popular fast food Chic-Fil-A donated $3.6M to anti-gay groups in 2011. Imagine how many hungry mouths that amount of money could’ve fed?

A further $3M was spent by anti-abortion groups in 2013. Again, that’s a sizable sum that would have opened several homeless shelters worldwide. Are we really spending our resources where it is needed the most?

I just hope it doesn’t end with our imaginations.

One thought on “Now More Than Ever, the World Needs Christians”

View all posts by Louie Encabo